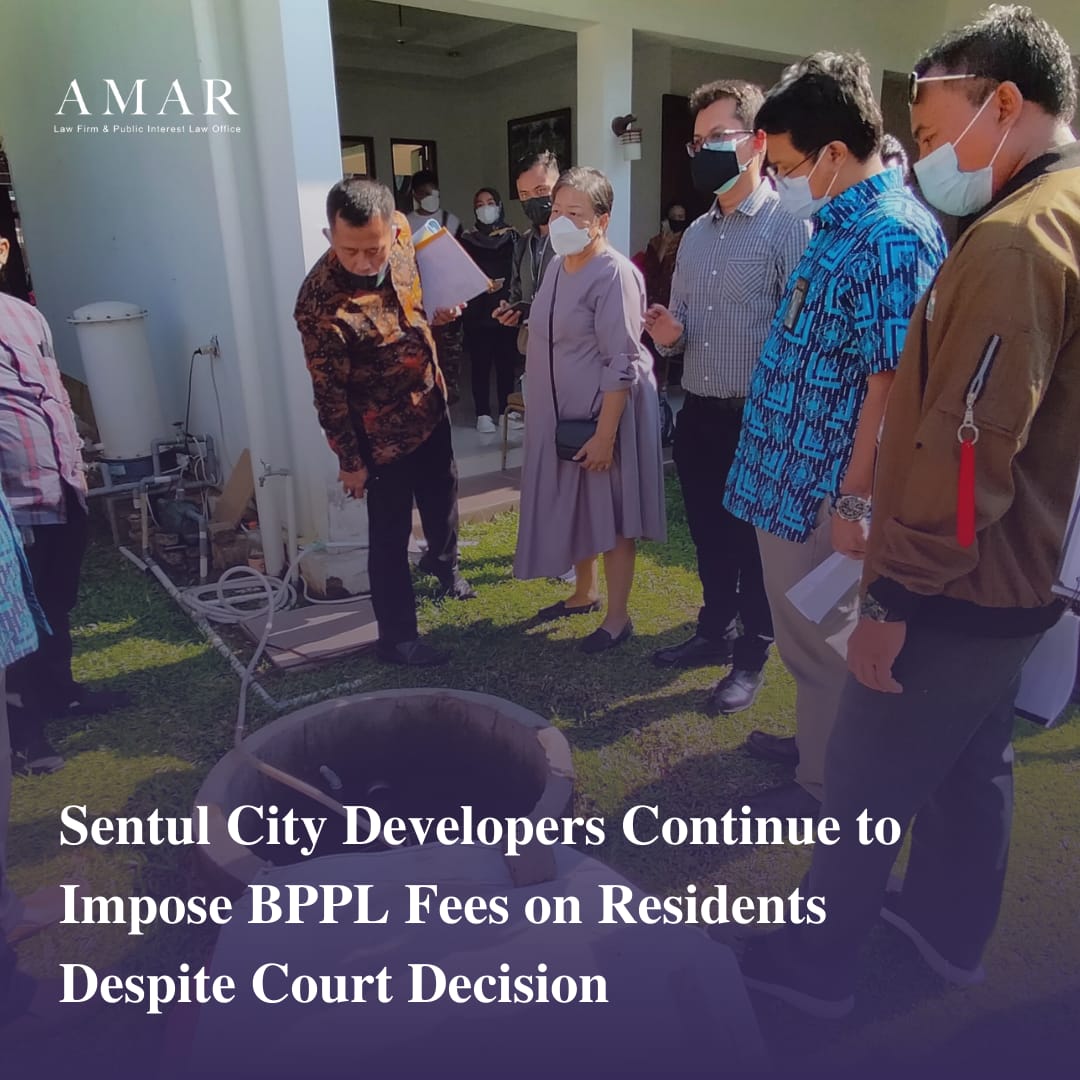 The financing of the Public Infrastructure, Facilities and Utilities (PSU) of a housing complex that has yet to be handed over to the government is the responsibility of its developer. This is stipulated in Art. 1 paragraph (1) and (2) of the Regulation of the Ministry of Home Affairs No. 9 of 2009 concerning the Guidelines for the Transfer of Housing Utilities to the Local Government. The provision confirms that such financing is the responsibility of the developer until it is handed over to the government and managed using the Revenue and Expenditure Budget (APBD) of the regency/city.

On the basis of Art. 25 paragraph (1) and (2) of the mentioned regulation, the Supreme Court granted the counterclaim of the residents of Sentul City because PT Sentul City Tbk, the developer, sued them for not paying their maintenance and repair fees (BPPL) in Case Number 3415 K/Pdt/2018. The decision of the court was also corroborated by Judicial Review Decision No. 727 PK/PDT/2020. In its ruling, the court stated that PT Sentul City Tbk was responsible for the PSU costs incurred in the complex until it is handed over to the local government of the Bogor Regency in accordance with applicable laws and regulations. The court’s decision also states that the developer had no right to collect BPPL from the residents living in the Sentul City area.

The supervisory body of the Supreme Court (Bawas MA) should have reprimanded the District Court for interpreting the execution of the decision in a contradictory manner. However, PT Sentul City Tbk was reported to the Indonesian Ombudsman and KPK for transferring the PSU to the Bogor Regency Government late. In their Final Examination Report (LAHP) regarding the management of the Supply System for Drinking Water (SPAM) in the Sentul City residential area, the Ombudsman stated that there was maladministration and a neglect for legal obligations in relation to the incomplete transfer of the PSU.