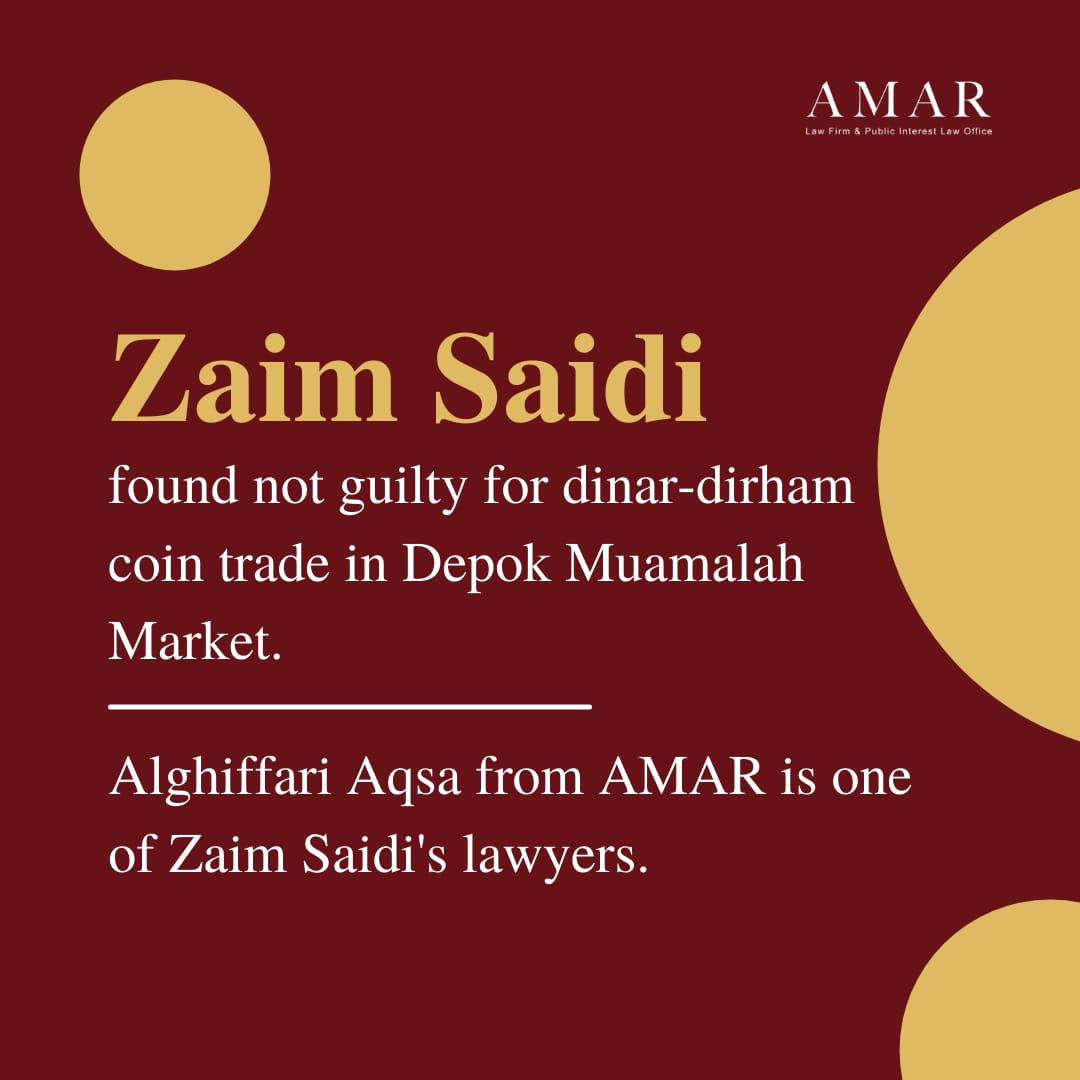 On October 12, Zaim Saidi, the founder of the Depok Muamalah Market, was acquitted of all charges against him and was finally freed from custody after a year of imprisonment. He was initially accused of providing and facilitating illegal transactions with dinar and dirham coins in his market.

He was claimed to have violated Articles 9 and 10 of Law No. 1 of 1946 regarding the Regulation of Criminal Law. The law states that those who conduct or facilitate domestic trade within the country with currency that is not recognized by the state may face up to fifteen years of imprisonment. However, since dinar (gold) and dirham (silver) coins are more like commodities instead of currencies, such exchanges can be considered as bartering rather than monetary transactions.

The Depok Muamalah Market is a market that allows people to set up their stalls anywhere on the land without paying rent. The purpose of the market is to stimulate the economy in the area, provide necessities for those who cannot afford it, and invite people to carry out their Islamic duties of paying zakat. Instead of using rupiahs, vendors and consumers were allowed to trade using dinar and dirham coins if needed. Such coins were distributed to the locals of the area for free as a form of donation/zakat.

The court’s decision may prove to be a turning point for Indonesia’s economy. Markets alike can provide people who are unable to afford their basic necessities with a legal alternative method to do so. In addition, it allows locals to carry out their religious duties.

“Alhamdulilah Zaim Saidi was freed from custody.” Alghiffari Aqsa, one of Saidi’s lawyers, tweeted. “Congratulations to everyone who wishes to pay their zakat with dinar and dirham.”